Holyhead - Dublin is one of our busiest routes - sailings regularly sell out at busy periods
Tip: Don’t wait until it’s too late! Book now to secure your choice of departure time

The Holyhead Dublin ferry route connects Wales with Ireland and is currently operated by two ferry companies: Irish Ferries and Stena Line. Both services run up to four times per day with a sailing duration of 3 hr 15 min.

Holyhead to Dublin is the fastest ferry route from Wales to Ireland. The distance between Holyhead port and Dublin Port is approximately 58 miles.

Holyhead Port sits at the end of A55 dual carriageway making it easy to travel from popular English cities such as Liverpool and Manchester. Dublin Port is located just 20 minutes drive from the city centre and is approximately 30 minutes by bus.

Passengers can travel with or without a car from Holyhead to Dublin with Stenaline and Irish Ferries. Free wifi is available onboard the ferries and there is the option to book a cabin for ultimate comfort. There are a range of facilities to enjoy during the trip including World duty Free shopping prices on high street favourite products.

For more information, please visit our Ferries from Wales to Ireland page.
Why use Direct Ferries?

Located on Holy Island, which at one point was connected to Anglesey via the Four Mile Bridge, the town of Holyhead is the largest town and port in Anglesey, Wales. A local philanthropist in the mid-19th century funded the building of a causeway, "The Cobb", which to this day carries the main road and railway to and from Holyhead.

There are many places in the town centre to eat with all the usual shops and facilities you would expect to find in a town of its size. There is also a cinema and theatre. Holyhead is often used as an overnight stop to or from the port and as a result there are many different places to stay that will suit all budgets. Around Holyhead, there are excellent fishing, golfing and sailing facilities. Couple this with the wonderful scenery, walks and beaches and you can easily lose yourself and relax for a few days.

The Port of Holyhead is a bustling ferry port which operates services to Dublin and Dun Laoghaire in Ireland. The port is also the main gateway for land transport from northern and central England and Wales to Ireland.

Dublin is the capital of Ireland and is located in the province of Leinster on the north east coast, at the mouth of the River Liffey. As Ireland's capital city, it is a major tourist destination and attracts millions of visitors each year. Popular attractions in the city, whose history dates to Viking times, is Dublin Castle, which was founded in 1204, just after the Norman invasion. Other popular attractions include the Mansion House, Anna Livia Monument, Molly Malone statue, Christ Church Cathedral, St Patrick's Cathedral, The Custom House and Saint Francis Xavier Church on Upper Gardiner Street.

Dublin's port is located on both banks of the River Liffey. On the north bank, the main port lies at the end of East Wall and North Wall, from Alexander Quay. The element of the port on the south side of the river is much smaller and lies at the beginning of the Pigeon House peninsula. Ferry services from the port depart to Holyhead in Wales, Liverpool in England, and Douglas on the Isle of Man. 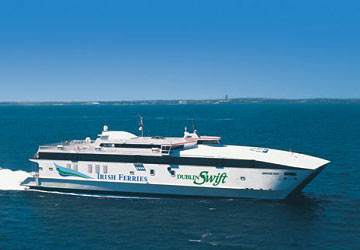 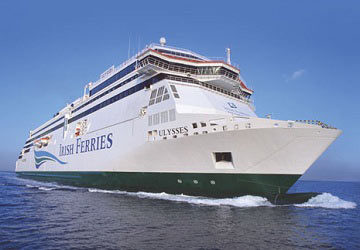 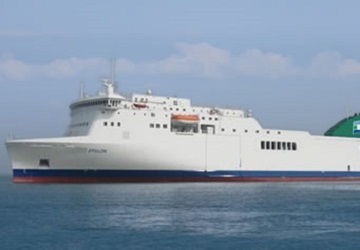 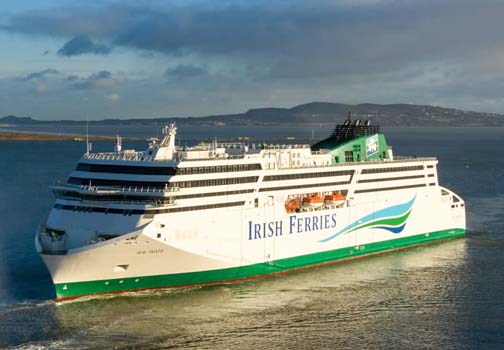 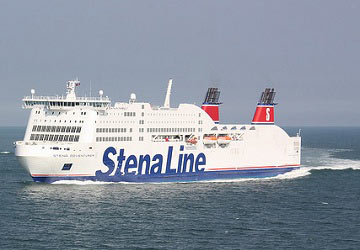 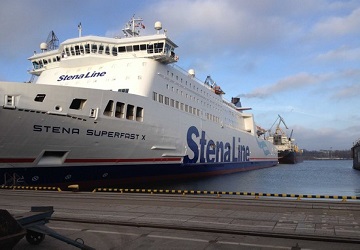 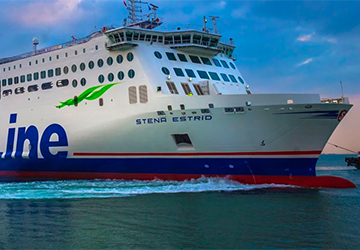 Stena Estrid
The quickest way to make & manage your booking