Liverpool - Dublin is one of our busiest routes - sailings regularly sell out at busy periods
Tip: Don’t wait until it’s too late! Book now to secure your choice of departure time

The Liverpool to Dublin ferry route connects England with Ireland. Currently there is just 1 ferry company operating this ferry service, P&O Ferries. The crossing operates up to 12 times weekly with sailing durations around 8 hours.

The ferry from Liverpool to Dublin sailing durations and frequency may vary from season to season so we’d advise doing a live check to get the most up to date information.

For more information, please visit our Ferries from England to Ireland page.
Why use Direct Ferries?

The city of Liverpool is located in the north west of England, on the eastern shore of the Mersey Estuary. The city's diverse population, drawn from a wide range of nationalities, cultures and religions, particularly from Ireland have resulted in a city with a long and rich history. In 2007 the city celebrated its 800th anniversary and was also the European City of Culture in the same year, along with Stavanger in Norway. The city was also labelled the World Capital of Pop by Guinness World Records because of its world famous link with The Beatles and other groups from the Merseybeat era. Parts of the city have also been declared UNESCO World Heritage Sites, in recognition of the city's rich heritage.

Dublin is the capital if Ireland and is located in the province of Leinster on the north east coast, at the mouth of the River Liffey. As Ireland's capital city it is a major tourist destination and attracts millions of visitors each year. Popular attractions in the city, whose history dates back to Viking times, is Dublin Castle which was founded in 1204, just after the Norman invasion. Other popular attractions includes the Mansion House, the Anna Livia Monument, the Molly Malone statue. Christ Church Cathedral, St Patrick's Cathedral, The Custom House and Saint Francis Xavier Church on Upper Gardiner Street.

Dublin's port is located on both banks of the River Liffey. On the north bank, the main port lies at the end of East Wall and North Wall, from Alexander Quay. The element of the port on the south side of the river is much smaller and lies at the beginning of the Pigeon House peninsula. Ferry services from the port depart to Holyhead in Wales, Liverpool; in England and Douglas on the Isle of Man. 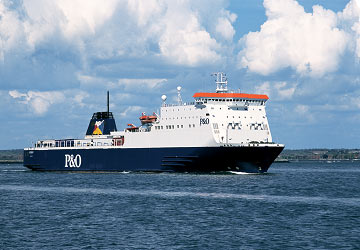 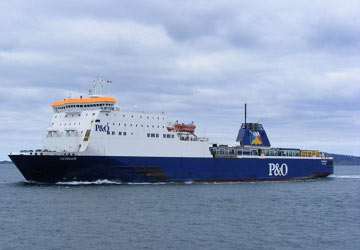 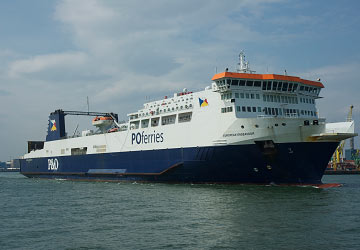 European Endeavour
The quickest way to make & manage your booking