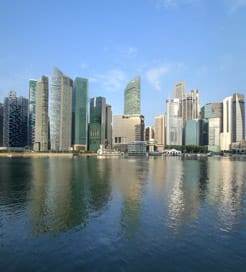 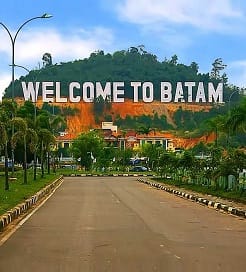 Compare ferries from Singapore to Batam

Whilst we’ve taken great care to ensure the information on this page is correct, as the frequency and duration of crossings on all routes can vary from time to time we’d advise that you get a live quote for current availability on this Singapore Batam crossing between Tanah Merah and Batam Centre.

Ferries from Singapore to Batam

The bustling island of Batam can be found in the Riau Archipelago of Indonesia.

Years of hectic development followed Batam’s designation as an industrial free trade zone and whilst the island has become more crowded, it provides the perfect mix of business and leisure.

Batam is now the third busiest entry point into Indonesia, after Bali and Jakarta. Due to its proximity to Singapore, numerous top class hotels and resorts, golf courses and tax free shopping malls, Batam has become a popular destination for local residents and international tourists alike.

High speed and year round ferries sail to Batam Island from Singapore’s Harbourfront centre ferry terminal, which is around twelve miles away across the Strait of Singapore. In general the ferries are purpose built modern passenger only crafts with a choice of standard or business class seating on offer.

The ferry terminals at Batam Centre and Sekupang are where the majority of ferries come in to, Harbour Bay terminal is generally the destination for passengers for Nagoya, the islands business centre, while the terminals at Waterfront City and Nongsa are mainly used by tourists bound for Batam’s resorts.