The DFDS Seaways operated Copenhagen mini cruise is available as a 2 or 3 night trip. Travelling from Oslo to Denmark’s trendy capital Copenhagen, take in the spectacular views of the Swedish coastline during the crossing and enjoy the award winning onboard experience.

Take a look at the mini cruise itinerary on this page or get live timetables, fares and book your crossing from our fare search.

Departing daily from the ferry terminal in Oslo, the mini cruise to Copenhagen is made up of 2 nights onboard in a private ensuite cabin and features plenty to do to keep you occupied including live entertainment. On arrival in the morning in the laid-back Danish capital you’ll have up to 6 ½ hours ashore to explore.

If you’d like more time to enjoy the city, then extend your trip by spending the middle night in hotel. To stay an extra night in Copenhagen you’ll need to make your own hotel arrangements separately and then pick up the return crossing back to Norway the following afternoon.

The second largest city in Scandinavia, Copenhagen is an immensely popular short break destination as there is such a variety of things to see and do.

With Copenhagen’s mazed streets, virtually everything in the city is easily accessible on foot including Tivoli Gardens, the famous amusement park and one of the most visited attractions in Copenhagen. The city also features the largest and oldest pedestrianized street in the world - ‘Strøget’. It’s a maze of several streets running from the east at Town Hall Square to the west at Kings new Square (Kongens Nytorv). Great for those who like to shop!

The iconic Nyhavn waterfront is lined by brightly coloured late seventeenth century townhouses as well as bars and restaurants. Originally a busy port visited by ships from all over the world, the beautiful old townhouses have been renovated and the area is now dominated by classy restaurants and a convivial atmosphere.

While you’re in town, be sure to go to Langelinje Pier to see the sculpture of The Little Mermaid who turned a hundred years old in 2013!

09:45: Arrive in Copenhagen. The terminal is close to the city centre, taxis and public buses are available from outside the terminal. Spend up to 6 hours in Copenhagen
15:00 - 16:15: Check in
16:30: Depart Copenhagen for Oslo 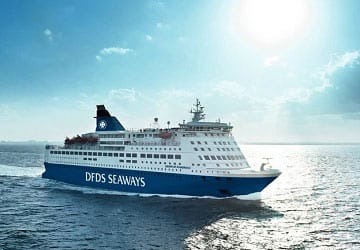 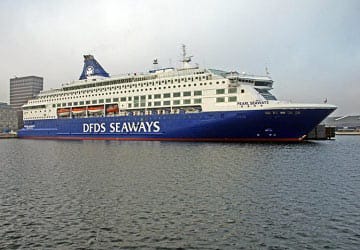